Easy on CPU and memory. 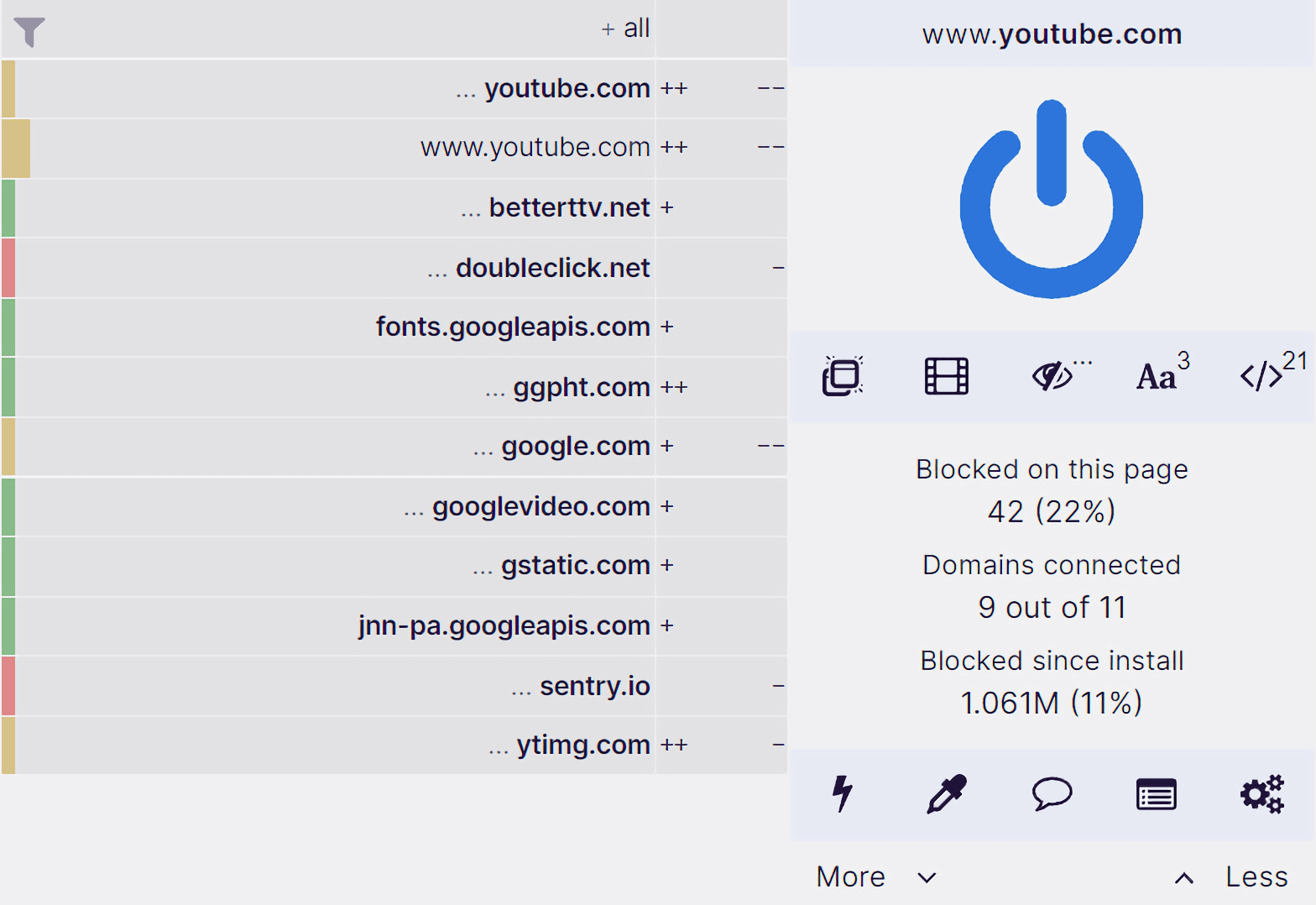 uBlock Origin is not just an “ad blocker“, it's a wide-spectrum content blocker with CPU and memory efficiency as a primary feature.

The uBlock Origin is a free and open-source, cross-platform browser extension for content filtering—primarily aimed at neutralizing privacy invasion in an efficient, user-friendly method.

uBlock Origin’s extension is available for several of the most widely used browsers, including: Chrome, Chromium, MS Edge, Opera, Firefox and all Safari releases prior to 13.

In 2014 uBlock Origin’s founder, original author and lead developer, Raymond Hill, created the original uBlock extension, with its development initiated by forking the codebase of HTTP Switchboard with a separate blocking extension, uMatrix, which had been previously designed for advanced users. The initial uBlock was developed by Raymond Hill in order to enable community-maintained block lists while simultaneously adding additional features and upgrading the code quality to proper release standards. First released in June 2014 as an exclusive Chrome and Opera extension, in late 2015 the initial uBlock extension expanded to other browsers under its current name – uBlock Origin. (occasionally represented globally as – uBlock₀).

Following this 2015 introduction, a collaborative comsource and Sourcepoint industry research survey reported an 833% growth rate over a 10-month period ending in August 2016, the most rapid growth among any industry software publicly listed at that time. This report attributed this enormous surge to collective user demand for “pure” blockers with the capacity to operate outside the “acceptable advertising” program used by AdBlock, and other industry extensions.

In January 2017, uBlock Origin was added to the repositories for Debian 9, and Ubuntu (16.04), and the uBlock Origin extension was awarded the prestigious IoT honor of “Pick of the Month” by Mozilla.

As of 2023, uBlock Origin continues to be maintained and actively developed by founder and lead developer Raymond Hill.

The uBlock Origin extension remains an industry leading, open-source, cross-platform browser extension with software developed specifically for multiple platform use, and as of 2023, uBlock Origin’s extension is available for several of the most widely used browsers, including: Chrome, Chromium, Edge, Opera, Firefox and all Safari releases prior to 13.

The uBlock Origin project still specifically refuses donations at this time, and instead advises all of its clients, users and supporters to donate to block list maintainers.